Marriage is meant to  cleanse  the hearts of the couple of sordid passions and take them nearer to God , says mahatma Gandhi . So Marriage  is one of the most important events in the life of young boys and girls . 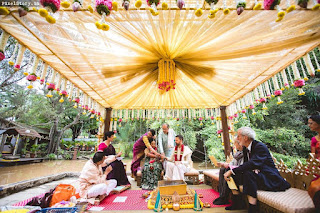 In Marriage , two hearts are joined and two souls become one . Gandhiji rightly says , " True Marriage means not merely union of bodies . It connotes the union of the two souls " . In india , marriages are celebrated with a great show and a large amount of money is spent over it .
The Marriage  ceremony of my sister took place in the month of April last year . My examination was over and I  was at home . The house was repaired and white - washed . All our friends and relatives were invited . I was also busy doing something .
A good arrangement for the reception of the Barat party was made  . The Barat arrived on the scheduled date . The Marriage procession looked very nice and pleasing . Several light bearers were following the car in  which the bridegroom was seated .
There were five elephants , eight horses , five camels besides a large number of cars and jeeps . Many high ups and vips attended the function . The Barat party was given a very warm reception .
The performance of the Marriage started at 1 o ' clock . Both the bride and the bridegroom were seated in mandap . The electric bulbs added to the beauty  of the mandap . A pandit was there to perform  the Marriage.  He was chanting some mantras . 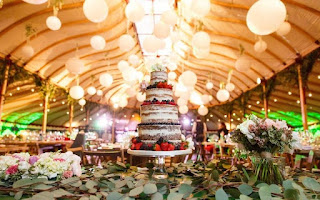 Then the bride and the bridegroom walked round the fire for seven times .  The fire , as people say , would stay as a witness to the Marriage.  Thus the two hearts were united . Gandhiji says , " I hold that husband and wife merge in  each other  . They are one in two or two in one " .
The Barat party stayed with us for a day . It left the other day . The father of the bridegroom was money - minded . But he demanded nothing from us as gifts . The Barat party departed with tears in eyes . The absence of my sister from the family was deeply felt by all .
The whole show was  simple but touching . " In india ,  it must be held to be a crime to spend money on dinner and Marriage , tamashas and other luxuries as long as millions of people are starving , " said pandit Nehru .