The proverb ' union is strength ' shows then value of unity in life . Its meaning is explained by a popular story . An old man was unhappy with his sons because they constantly quarrelled with one another . One day he called his sons to him . 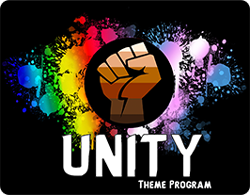 He showed them a bundle of sticks tied together . Then he asked if any of them was strong enough to break the bundle . Each one tried . Though his sons were strong young men , they all failed . Then the old man untied the bundle . He asked them to break the sticks one by one .
This they did easily . All the sticks were soon broken in pieces . Thus the old man taught them that they would be strong if they were United.  They would always be weak if they were divided .
We can learn the same lesson from an army . The strength of an  army is the strength of all the soldiers acting together as one man . This is the secret of army discipline . Suppose a thousand men go to battle .
If they have never learned to act together , each man may fight if and when he likes . So all the thousand men may be easily defeated by a united company of fifty  soldiers or so . Even a divided army can easily be defeated .

A football team also shows that success depends on team work . The success of a football team is the result of united efforts . All the members should co - operate with one another .
A team may have weak individual players . But if they are organized and if they play together they can defeat an ill - organized team of better players .
So strength lies in union and co - operation . Disunion is weakness . A united family , a united society or a united nation is always powerful . If we lack unity , we become weak . The Britishers ruled india for a long time because we were divided .
No country in the world may attack us if 80 crore of indians stand firm as one man . So united we stand ; divided we fall . Our real strength lies in union .