Home Essay Essay on suffism during the period of your study

Essay on suffism during the period of your study

Sufi is one who focused on the reality of religion i.e. love in order to attain Allah, he adopted the straight path which leads directly to Allah. 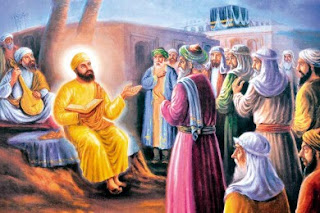 He explained his words with his character (personality), Akhlaq and Amal and Mohabbat.  Do not let the desire of the world wander near you, but felt it necessary to avoid worldliness.

Along with advocating for the order of Shariat, he also accepted its protection.  Evil, dishonesty and deceit were thrown out from the manifest and the talk, and being alike from inside and outside has become their sign.

Whether it is Hindu or Muslim or Sikh or Christian, no one has returned any disillusionment and displeasure from their bargah.  Sufism is believed to have originated in the city of Basra in Iraq about a thousand years ago.

He was the ideal of his contemporaries but he had to face the disregard and disdain of the general public during his lifetime.  Initially the Sufis appeared in Arabia (in the 8th and 9th centuries) and for a long time they were identified by their woolen clothes.

The identity of Sufia was found from the time of al-Ghazali (1100 AD).  Ibnul Arabi was the first person who gave the important principle in Sufism, Wahdat-ul-Wujud, which means, God is omnipresent and is reflected in all, nothing is different from him, all human beings are equal.

The residences of the Sufis were called Khanqahs while their speech was in the Mahfuzat (Granth).  According to the opinion of Syed Muhammad Hafiz, Khwaja Muinuddin Chishti (come with Mohammad Ghori in 1192 AD) started Sufism in India. 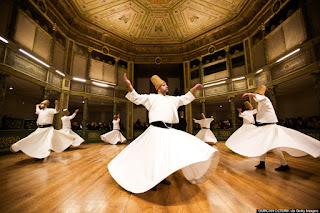 The Sufis were the exact opposite of the Ulema.  Sufis were mystics.  He was a man of pious piousness, who was saddened by the degeneration of political and religious life.

Sufi poet Saint Fariduddin Attar said that one can find God with love, for which he said it is necessary to cross the seven valleys which are as follows -

Khoj Ghati - Here the seeker should give up material things.

Sadhak should leave it when he attains the supreme light.

Sparsh Param Jyoti - After attaining this light, the seeker goes towards the infinite valley.  Here begins the mysterious life of the seeker.

Marifat Valley - In this valley, the seeker gets the knowledge of truth.

Unattached Valley - In this the seeker gets divine love.

Anand Valley - In this, the seeker feels bliss by getting divine beauty.

Curious Valley - This again disappears from the vision of the seeker and the seeker finds himself going into the darkness.

Reality Valley - In this the seeker becomes one with the soul or the soul of the Supreme Soul.  After completing this valley journey, the seeker attains Ishq Hakiki.