Home Essay The annual sports at your college

The annual sports at your college

' All work and no play makes Jack  a dull boy ' - is a popular saying . It means that play is very   necessary after  work . We get reactions for relief after we do some work . Students spend most of their time in schools and colleges . 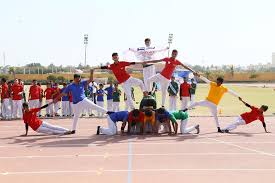 They get fed up with their class and laboratory work . So , they want to go away from their lecture - halls to the open  air . Games and sports are an important part of education . They make the body and the mind sound .

The annual sports at our college are held every year . They take place a little before or after saraswati puja . The dates are fixed . Various items are selected . All the competitors make preparations . Last year , i took part in the tug - of - war and the three - legged race  .

A very good arrangement for the annual sports was made . The ground was well - marked  out . Some heats were completed to select competitors for the final sports . Referees and judges were also there .

The annual sports in our college took place on 18th January . The first item was the long race . About fifteen students took part in this item .

Every competitor had some friends and supporters to cheer him up . A large number of people stood on all sides of the ground . As the race was nearing completion , the whole gathering became noisy and excited . The winners were cheered up by all . 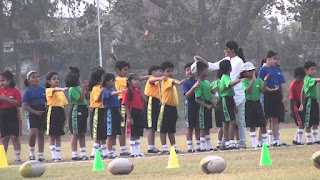 The second item of the day was long jump . Only a few students took part in it . But some of them beat the record of the previous year . Then there were  the discuss throw and the tug - of - war .

Swimming and riding were the next items . Wrestling was another important item . The tug - of - war between students and teachers was a very interesting item . Our principal also took part in it .

All the items were over by 4 p.m. The education minister was invited to give away prizes to successful competitors . The secretary of the athletic club read out the annual report of the club . He informed us that about five students of our college stood first in the university tournaments . In his address , the education minister spoke about the importance of games and sports in life .

He  also praised those who bagged prizes and also those who tried but could not get prizes . I was happy to get a prize in the three - legged race  . Thus th function ended with a vote of thanks given by the prof - in - charge of games and sports .