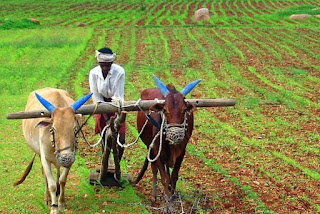 These subjects are taught in various universities across the world to train people in the field.

Here is a look at how the agricultural field has broadly been categorized in our country:

One of the most widely practiced technique of farming in India. Under this type of farming, the farmers grow grains for themselves as well as for the purpose of sale.

This type of agriculture focuses on high yield with the aim to export it to other countries to generate profit. Some of the commonly grown commercial crops in the country include cotton, wheat and sugarcane.

This type of farming is majorly practiced by tribal groups to grow root crops. They mostly clear the forested area and grow crops there.

This is more common in the developed countries. However, it is also practiced in certain parts of India. It focuses on the use of machinery to grow and raise crops.

This is a common practice in densely populated areas of the country. It is focused on generating maximizing output of the land by employing different techniques. A good amount of investment in terms of money and huge labour force is required for this.

This type of agriculture involves the cultivation of crops that require a good amount of time and space for growing. Some of these crops include tea, rubber, coffee, cocoa, coconut, fruits and spices. This is mostly practiced in the states of Assam, Karnataka, Maharashtra and Kerala.

The areas that receive heavy rainfall are well irrigated and these are apt for the farming of crops such as jute, rice and sugarcane.

It is practiced in desert-like areas such as the central and northwest India. Some of the crops grown in such areas are bajra, jowar and gram. This is because these crops require less water for growth.

With the advancement in technology, agriculture has come a long way. It is not limited to just growing crops and rearing of cattle. It includes a whole lot of other subjects and someone who is interested in getting into the agricultural field can choose to specialize in one.