Increasing concentration of the harmful and toxic materials in the fresh air of the atmosphere is causing air pollution. Variety of foreign particles, toxic gases and other pollutants released from various human activities are affecting the fresh air which has adverse effect to the living beings like human beings, animals and plants. 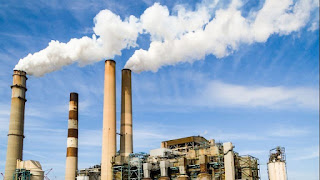 The level of air pollution depends on the type and amount of pollutants released from various sources. Topographical and meteorological conditions are increasing the spread and concentration of the pollutants. Variety of raw materials used in the manufacturing process in industries is increasing the type and quantum of emissions of harmful gases.

Because of the increasing number of air pollutants, it has been divided into two types such as primary pollutants and secondary pollutants. Primary pollutants are those affecting the fresh air directly and emitted from smoke, ash, dust, fumes, mist, spray, inorganic gases, carbon dioxide, carbon monoxide, sulphur dioxide, hydrogen sulphide, ammonia, nitric oxide and radioactive compounds.

Secondary pollutants are those affecting the air indirectly by chemical interactions to the primary pollutants and other atmospheric constituents such as sulphur-trioxide, ozone, hydrocarbons, nitrogen dioxide, etc.

The get together effort of the human beings all over the world may help in controlling the level of air pollution. The establishment of industrial estates should be away from residential areas, motivate use of tall chimneys (with filters and electrostatic precipitators) instead of small, promote use of high temperature incinerators, use of non-combustive sources of energy, promote use of non-lead antiknock agents in the gasoline, promote re-plantation and so many positive efforts.