Biodiversity, also referred to as Biological Diversity, is the variety of flora and fauna present in a particular habitat or on Earth as a whole. It has largely replaced the more clearly defined terms – species richness and species diversity. 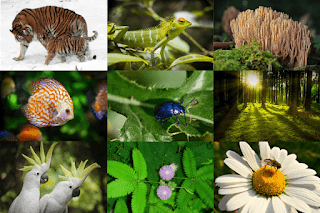 Why is Biodiversity Important?

Biodiversity is important as it helps in maintaining a balance in the ecological system. Different plants and animals are interdependent on each other to get their basic needs fulfilled. For instance, human beings are dependent on various plants and animals for their food, shelter and clothes and likewise many other species are dependent on each other for such purposes. Richness of biodiversity makes our planet fit for the survival of each of the species living here.

However, unfortunately the growing pollution is having a negative impact on biodiversity. A number of plants and animals have gone extinct because of this and many are feared to become extinct in the times to come if the level of pollution continues to grow this way. This would result in a decline in biodiversity.

How to Maintain Biodiversity?

Human beings need to understand the importance of maintaining rich biodiversity. The vehicular smoke that leads to massive air pollution is becoming a threat to various species. This is one of the first things that need to be controlled in order to bring down the pollution level in the atmosphere. The industrial waste that goes into the sea is harmful for the marine life and must thus be disposed of using some other means. Similarly, land and noise pollution must also be controlled.

Deforestation is also a major reason for the decline in the level of biodiversity. Not only is it rapidly bringing down the number of plants and trees but it is also taking away shelter from the animals and making it hard for them to survive. Such practices must be controlled in order to ensure harmony in the environment.

Every species of flora and fauna serves its unique purpose towards maintaining the environment and making it worth living. Thus, in order to maintain a balanced environment, it is important to maintain richness and balance of biodiversity.