Dog is a pet animal and considered as the man’s best friend. It gives a loving and honest companion to the man. It loves and respects its owner very much and can go everywhere with him. It shows affection towards the owner by wagging its tail and licking hand or face of owner. 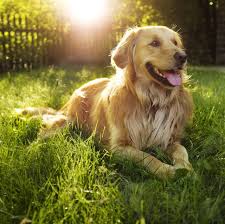 It helps a lot to its owner all through the life in various ways. It removes loneliness of the people by providing a friendly companion. It never allows anyone unknown to enter to the gate or touch anything of its owner. It starts barking very loudly whenever any stranger approaches the house.

It can bite a thief or stranger when they ignore its barking and try to mischief. Some people scared away very easily however some strangers never fear of it. Some people, who have pet sheep, must have dogs as they are very useful to look after sheep.

They never allow any wolf or fox to come near or attack the sheep. It is very watchful animal and can catch strangers, thieves and criminals even they hide anywhere. Dog uses its sense of smell to find out the hiding thieves or criminals.

Because of its watchful and intelligent nature, it is highly used by the police, army or other investigation department to catch murderers or criminals. It can led policemen to the places where murders have taken place.

It never leaves its owner whether he/she is poor, beggar or rich person. It obeys all the orders of its owner very sincerely. It becomes alert all time whether day or night to offer its services to the owner. That’s why it is called as faithful animal. It is very vigilant in nature and can hear very slow sound in the night and take action soon.

It can guess the presence of its owner from long distance through smell and become alert to welcome him home. The life span of a dog is very small however it can live around 12 to 15 years long. Life span of a dog varies according to their size such as smaller dogs live longer life than the bigger ones.

A female dog gives birth to a baby and feed milk that’s why dogs come under the category of mammals. The baby of a dog is called as pup or puppy and its home as kennel. People use dogs to draws the sledge in the cold countries. Dogs are categorized according to their service to people such as guard dogs, herding dogs, hunting dogs, police dogs, guide dogs, sniffer dogs, etc.