Freedom, is a privilege that every person living in a democratic country is proud to possess, and in many constitutions, the freedom of the individual is guaranteed. The word "freedom" is a general word, which means three different things, freedom of speech, freedom of the person and freedom of assembly. 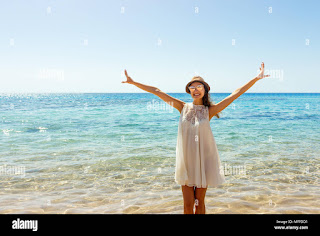 We deal firstly with freedom of speech, a most important right since, if a country is to be run on democratic lines, every individual should be allowed to say publicly what he thinks.

In England, no such specific right is laid down in the constitution specifically, thought here are many ways in which the law can be broken. Defamation is not allowed, and can take the form of libel or slander. defamatory matter is matter which causes some other person to be brought into ridicule, hatred or contempt, and if it is written down, it is libel, whereas, if it is spoken, it is slander.

Genuine criticism made in good faith is quite acceptable, however. Sometimes, it becomes difficult to determine what constitutes libel or slander, and as a famous writer on English law, Professor Dicey, once wrote "freedom of discussion consists in the right to write or say anything which a jury, consisting of twelve shopkeepers, think it expedient should be said or written." Freedom of speech also includes the freedom to worship as one pleases, a most important RIGHT.

However, it is against the law to publish blasphemous material, which is defined as material which reviles God and religion. Clearly the right to speak freely does not include the right to publish obscenity, and the law is naturally strict on this subject.

Finally, under freedom of speech, we must consider the position of the press, and in general, it can be said that press writers stand in the same position as letter writers, in that they are free to print what they like, provided that it is not libelous.

However, if a newspaper libels someone, it is usually a defen2e to say that the libel was not intended or malicious, and that a full apology should be inserted at the earliest opportunity.

The next aspect of freedom is freedom of assembly, and since one man is legally allowed to publish his views, it follows that a hundred or more can meet together to do the same thing. However, form the point of view of public safety, meetings should be subject to some form of official control, and the police in many countries are vested with a number of powers.

If a policeman suspects that a public meeting is likely to cause a breach of the peace, he can break it up as the community's safety is at stake. In addition, if something illegal is going on at the meeting, it can be broken up.

The law with regard to processions is similar: they are not against the law, but if a procession is obstructing the highway, it can be broken up, and the authorities can lay down the route for a procession, so as to avoid troublesome or congested areas.

The last important aspect of freedom is freedom of the person. While it is true to say that in this country, every person is liable to be arrested for his criminal acts, there are important safeguards for the individual which ensure speedy trial or release if the charge is wrong.

This right is laid down in the Habeas Corpus Procedure. Habeas Corpus (meaning "you have the body") is a procedure, whereby the prisoner or his friend demands a writ from a judge, which is then served upon the gaoler who has to show good cause why the particular person has been arrested.

If he cannot do this, the prisoner must be released. even if, the arrest is proved to be correct, the Habeas corpus writ ensures a speedy trial and right to bail. Though nobody can be arrested without good cause, certain countries authorize the temporary detention of political suspects.

In conclusion, two important points should the stressed. Firstly, the government should not curtail the individual's freedom too strictly, and that this can have disastrous consequences, is well illustrated by the French Revolution of 1889. Here, the people rebelled against a government which applied the law too strictly and unfairly against the lower classes and which completely restricted personal freedom.

The government was over-thrown and a period of social disorder resulted as there were no laws nor central administration left, any tyranny was replaced by another. Secondly, for society's sake, freedom should not be abused by the people and law should be observed.

Man is primarily a member of society and of a community rather than an individual, and though his freedom is important, it must be limited to conform tot he well-being of other members of the same society. freedom, which is not subject to some form of control is of no value at all.