History, in the present century, has migrated from the sphere of humanities to that of social sciences. This itself speaks for the new look which it has acquired and the change in the study and the use of history. Men, in the past, have limited its scope and have derided it. 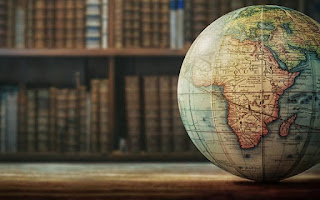 People like Carlyle and Emerson have considered history to be nothing more than biographies put together, and Gibbon viewed history as a register of crimes, follies and misfortunes of mankind. Henry Ford once referred to it as bunk, and Carlyle called it a "dust heap". Yet history is a part of our world.

It is not possible to have objective historical records for human preferences and views are bound to creep in. But it is possible to arrive at what is generally true by comparing versions, records, letters and interviews.

Thus the scope of history is not a mere record but much more. They may or may not be an eye witness account and even if there is if may not be objective. The numerous accounts of a war in our own times make this abundantly clear. Therefore, a historian has to find out as much as possible of the truth by referring to various records which may include economic data, memoirs and speeches. All these go to make history.

It was believed till a few years ago that history was related only to the past and has no utility for the future. At best it is a record of human achievements and at worst it may make interesting reading.

This, however, is not the case any more. History has its own utility. It provides an insight into human nature both individually and collectively. it makes it possible to view the mistakes of the past and to try to avoid them in the present. It is also possible to make political predictions on the basis of past behavior for nations and countries normally follow a pattern.

It is also possible to study the psychology of a people and to analyze the factors which may have influenced their behavior, at times it may also be possible to artificially recreate these factors.

It would be wrong to think that history can only be used for the purposes of exploiting past knowledge. History can also inspire, for it is men who are the makers of history. If they are ruthless and cruel, they are also honest and patriotic, capable of making immense sacrifices and capable of intense suffering. They are people of heroic courage and valor. To read about them, to know about them is an ennobling experience.

Just as other disciplines throw light on historical facts. the study of history helps us to understand literature better. It becomes clear what the writer had in mind, what factors molded his personality and what the prevalent conditions of his time were.

Poets, philosophers and theorists can be better understood if their work is studied in a historical perspective. History is the philosophy drawn from experience. As long as there is a sense of time and we all do not become transcendentalists, history will continue to have importance.

Though in the present century a disproportionate place has been taken up by wars and revolutions, this does not form the totality of history. it also embraces the creative and constructive forces. As H.G. Wells wrote in 'The Outline of World History", that human history becomes more and more a race between education and catastrophe. It is a struggle between good and evil, between the life force and the death wish.