Labour Day, a special day dedicated to the labourers and working class people, is a public holiday in most of the countries. It is celebrated on the 1st of May in more than 80 countries. Canada and United States observe it on the 1st Monday of September. 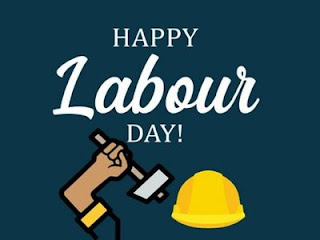 Many countries have their own dates to celebrate this date. However, the reason for the celebration remains the same and that is to celebrate the hard work of the labour class.

Labour Day in India was first celebrated on 1st May 1923. This celebration was held in the Indian state of Madras by the Labour Kisan Party of Hindustan. On this day, Comrade Singaravelar organised two meetings at different places in the state.

One of these was organised at Triplicane Beach and the other one was arranged at the beach opposite Madras High Court. He passed a resolution stating government must announce a national holiday on this day.

In India, Labour Day is known by the name Antarrashtriya Shramik Diwas or Kamgar Din. However, different states in the country call it by different names. In Tamil it is known as Uzhaipalar Dhinam, in Malayalam it is known as Thozhilaali Dinam and in Kannada it is referred to as Karmikara Dinacharane.

Just as in various other parts of the world, Labour Day is a day of celebration for the people belonging to the labour class in India too. On this day, protests are carried out against any unjust practice being followed against the labourers by any organization.

Processions are also carried out to demonstrate that the labourers stand united and will not tolerate any unreasonable demand by the capitalists. Speeches are delivered by prominent leaders to promote unity amid the labourers. Labour unions also conduct picnics and other recreational activities.

The origin of Labour Day exemplifies how nothing is impossible if we stand united. Trade unions were formed and they stood strong against the unjust treatment of the labourers. Though, the exploitation of the labour class by the Capitalists was always evident no one took action against it. The joint efforts of the trade unions forced the government to make laws favouring the labourers.