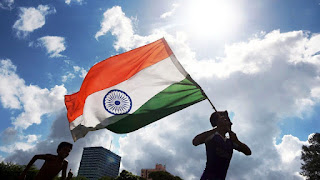 Here is a look at some of the true patriots during the British reign:

Bhagat Singh is known to be a true patriot. He was driven towards freeing our country from the clutches of the British government. He participated in various freedom struggles and began a revolution.

He was so dedicated towards his mission that he did not think twice before sacrificing his life for his motherland. He proved to be an inspiration for numerous citizens.

Subhash Chandra Bose, better known as Netaji, took active part in India’s freedom struggle. He was known for his strong ideologies. Besides being a part of various freedom movements to drive the British out of the country, Bose also promoted Hindu-Muslim unity.

Bal Ganga Dhar Tilak was infused with the feeling of patriotism. His saying, “Swaraj is my birthright and I shall have it” showed how determined he was in freeing the country from the tyranny of the British rulers. He condemned the British government for its brutal treatment. He demanded right to self government for the people of India.

His contribution towards India’s freedom struggle is known to all. He led the maximum number of freedom movements against the British. He was a perfect example of “simple living high thinking”. He dreamt of India’s freedom and worked hard towards achieving the same in his own unique way.

Sarojini Naidu, a famous singer of her times, was also a patriot at heart. She participated in the freedom struggle and contributed her bit towards freeing the country from the British rule. She played a vital role in the Civil Disobedience Movement because of which she even got arrested along with other prominent freedom fighters. She was also arrested during the Quit India movement but this did not dither her feeling of patriotism for her country.

The citizens of India must be inspired to serve the country in whatever way they can. The government, schools and other institutions must take initiative to enlighten the spirit of patriotism among the citizens.