Psychology is an exact science which makes a study of all human behavior, both of individuals from childhood up to old age and of crowds because the behavior of the two is very different. If not only studies normal behavior, but abnormal behavior as well. 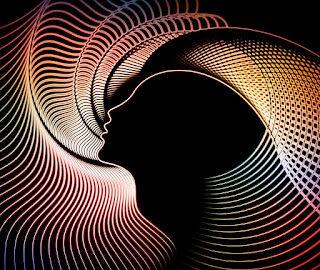 Everything in man's make-up, therefore, that causes him to act as he does is within the psychologist's scope. His material is composed of human emotions which, of course, include fear, love, hate and feelings of that kind.
it includes too, a study of human instincts like the instinct to eat, to sleep or to construct. As well as this, the intelligence, the personality and inherited characteristics must be considered before a true knowledge of human behavior can be achieved.
Psychology is called an exact science because it studies facts as they are and not as they might be (as is the studies of Ethics).

It is comparatively young science, as it is only over the past hundred years or so, that men have considered it with any seriousness. Men such as the great German psychologist Freud, who put forward theories of the subconscious mind and its influence over conscious thought; Jung, Adler and McDougall, who thought that instincts were of paramount importance in influencing human behavior, were the great pioneers in the early days of psychology.

Today, most universities all over the world have departments of psychology where, young men and women train for five years and more, to be psychologists and psychiatrists.

Before the emergence of psychology as a recognized science, people were considered to be either sane or insane. In between was a stage known as 'queer' or 'soft'. Such stage were never thought of as diseases and no attempt was ever made to help people labeled 'queer' or 'soft'.

Nowadays, things are very different and in most large cities, both in the East and in the West, there are special hospitals which deal with the psychologists' patients or the mentally ill as they are called. In smaller towns, there is nearly always a special wing of the General Hospital which is set aside for other specialists do.

Here, it is interesting to note that in supposedly highly advanced countries like America and Britain, the proportion of people who are mentally ill is every high. In a recent survey in Britain, it was found that one out of every three hospital beds is occupied by the mentally sick.

Psychologists have something to contribute in the educational world. They advise as to the behavior of children, not only of the 'difficult' or retarded child, but of the normal ones as well. It is the research of educational psychologists which has given us the now familiar Intelligence and Mental tests.

In these, a norm has to be established and then, when a child is given an Intelligence Test, his position in relation tot he norm can be found. Such gests are often used in selecting suitable jobs for children and young people too.

Psychologists too have advanced many of the theories behind our modern approach to teaching and to learning. it is they who have suggested the value of visual aid and of practical work rather than theoretical all the time.

Psychologists too, play an important part in the Industrial World and in the Services. How much work a man can do well, how much rest he needs, how much routine and monotony he can stand; these are all questions which all wise businessmen ask psychologists, before new steps are taken or changes made.

In the legal world and in police work, psychology is important too. Here, of course, t is the abnormal man or woman who is the psychologist's material. It is widely believed today that crime and lawlessness to some extent stem from the fact that normal reactions are not given a normal outlet.

Hence frustrations and inhibitions arise, which lead to minor crimes of exhibitionism right up to sex crimes of murder or the may abnormalities of sex to be found in the modern world. Here, the advice of the psychologist is very valuable not only in the prevention of crime, but in the treatment of the criminal and in his rehabilitation afterwards.

The value of psychology and of psychologists is therefore very clear. There are those who scorn and sneer at it and are all for the old attitude where black was black and white was white. The criminal was wicked and the maniac depressive, or paranoiac or the schizophrenic were lunatic.

This may well be true in extreme cases, but in between, there is a wide range of people with mental disorders who can be helped by this modern science just as the lives of normal people can be improved by a knowledge of what makes them react. Hence, psychology which is the study of man himself should and does play a most important part in his life.