Raksha Bandhan is celebrated in many parts of India as well as its adjoining countries such as Nepal and Pakistan. It is a festival that symbolizes unity and strength and rejoices the power of familial ties. 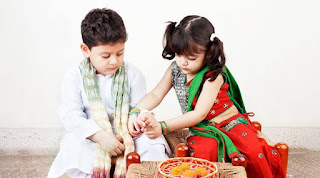 This one day is particularly dedicated to celebrate the brother sister relationship which is one of the most special relationships in the world. The festival is being celebrated since ancient times.

Several folklores have been presented on how this festival came into being and the significance it held for various famous personalities. Here are some of the historical references of the festival:

It is said that when Alexamder invaded India, his wife was extremely anxious about his well-being. She sent a sacred thread to Porus, requesting him not to harm Alexander. Keeping with the tradition, Porus refrained from attacking Alexander during the battle. He respected the Rakhi sent by Roxana. This event dates back 326 BCE.

The legend of Rani Karnavati and Emperor Humayun also emphasises the significance of this sacred ritual. It is said that Rani Karnavati of Chittor, who was a widowed queen, asked for Emperor Humayun’s help by sending him Rakhi. She did so when she realised that she could not save her kingdom from Bahadur Shah all by herself. Humayun respected the rakhi and sent his troops to fight against all odds and save Chittor.

The market is flooded with a variety of gifts around this time. From clothes to footwear to accessories to home décor items– there is so much variety in each of these that it becomes difficult to pick one among these. The brothers often seem confused on what to gift to their sisters as it is a difficult choice to make. They often roam around the market looking for that perfect gift for their sisters to light a smile on their face. Choosing the right gift is indeed a big task during this festival.

So it is not just the ladies who visit the market and shop endlessly during the time men also invest a good amount of time looking for gifts for their beloved sisters.

Just like Raksha Bandhan, Bhai Duj is another festival that is celebrated to strengthen and rejoice the brother sister bond. The sisters apply tilak on their brothers’ forehead on this day and pray for their well being. The brothers pledge to be by their sisters’ side at all times. They exchange sweets and the brothers present their sisters with gifts. People dress up in ethnic wear to add to the spirit of the festival. It is not just a time to bond with ones brothers and sisters but also with other family members.