A spy is a person employed to gather information in a clandestine manner as a weapon in a country's armory against an actual or potential enemy. This information is usually of a military nature, though spying may be industrial. Operating on behalf of an enemy, such a person is described as a spy; on behalf of one's own country, an 'agent'. 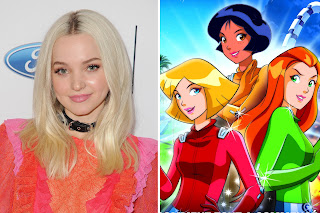 Most countries have a secret service. This service operates both at home and abroad. To take the USA and Britain as examples; in the USA, the FBI deals with espionage, treason, and other matters relating to security.

The CIA does basically the same job overseas, but some of its roles have recently attracted domestic criticism. The CIA has been held responsible for actively supporting movements in neighboring countries favorable to the USA.

In Britain, there has been a move to link the activities of MI5 and MI6 with the CID (Criminal Investigation Department) -- perhaps a good thing. Governments of all persuasions tend to resist too much accountability. In the USA, the CIA is an enormous, costly, complicated and largely independent organization. In Britain, MI5 (home affairs) and MI6 (overseas affairs) have no official existence.

The amount of money spent on them is never disclosed, but it is believed to be considerable. The head of these services in Britain is now a woman. She is responsible to the prime minister through the Home Office, but in some cases, directly.

In the UK, MI6 agents are usually attaches at overseas embassies and consulates, and are often described euphemistically as 'trade secretaries'. Their task is to gather military intelligence and nowadays nuclear intelligence, and then to feed it home in a variety of ways. It is also to keep a check on their opposite numbers. MI5 agent act at home as counterintelligence operatives.

Who are these people ? Usually young men, and a few women, who have been recruited while at university. Intelligent, they achieve good degrees, and are offered entry into the Civil Service in the administrative section; sometimes into the Diplomatic Service. Offers are made tot hem when in these posts. The lower grade of agent is often recruited from the tougher service units.

What is their motivation ? Traditionally and historically, it has been patriotism. However, during the years of East-West confrontation, theoretical political considerations predominated. Approaches were made to them by both sides, in some cases.

The convinced, but secret young communist might ostensibly agree to work for Britain, but actually work for the USSR, often as a 'sleeper', and the reverse was often the case. Such people came to be known as 'doubles', were paid by both sides, and equally despised by both.

Their methods were, and are, hardly admirable, but with some people, conviction easily overrides morality. Sensitive information is acquired by payment. This invariably leads to blackmail. Information is passed on, but it may be 'disinformation' if the spy is actually out of sympathy with the recipient, or if the rewards offered by one side prove to be irresistible.

The diplomatic bag, the phone-tap, the short-wave radio, the microdot, the miniature camera, the gun, the wad of notes, and the threat are all tools of the trade

Some would argue that their existence is essential, and what was achieved by spies in the world wars proves that point. They have operated since time immemorial, and are likely to continue.

Among other functions, they have provided material for many fiction writers and film-makers, who, since the collapse of the USSR, have had to look elsewhere !