Home Essay The day i won a prize

The day i won a prize

The day I won a prize

I was never a great athlete but I managed to win a prize once. 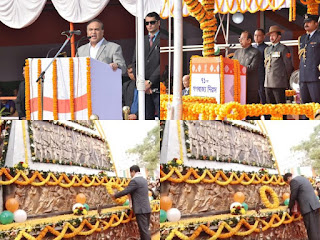 It happened on a School Sports Day when I was asked to represent my house in the Long Jump. There were no other suitable ones, and I, being the tallest of my friends, was promptly sent to the Long Jump pit. My house-master reckoned I might have a chance to win.

He was right. I did win, but not first prize. I only managed second place, coming behind someone who was at least five centimeters shorter than me.

We were each given three jumps. There were about ten of us competing for the prizes. When my turn came I ran down the lane as fast as I could and took off at the board. I thought I jumped very well but it was a foul jump. So I waited for my next jump.

I saw the other competitors leap like gazelles into the sand-pit. One particular boy, the eventual winner, was built like a tank. He was not tall, but his legs were muscular and strong. So when I saw him make his jump, I knew that no one else would be able to beat him.

No one did. I managed my best jump of 3.65 meters and that was nowhere close to his best. The other competitors did much worse.

I was delighted to collect my little plastic prize from the Headmaster. It was the first time I had ever won anything. My house-master patted me on my back. I smiled happily as I went home to show the prize to my parents.