"
Though people work primarily to earn money, there are some other reasons that they work: enjoyment, honor, assistance to others, etc. For some people, to work is to produce something to enjoy themselves and others. 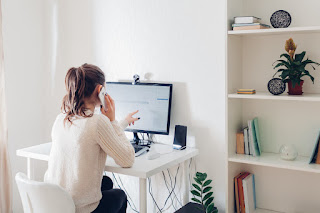 Musicians compose songs and melodies that give pleasure to listeners. Writers create novels and stories that arise deep emotions in readers. Painters produce beautiful artistic works that appeal very much to the people who see them.

But on the other hand, these people, musicians, writers, and painters, are often beside themselves with joy in their work. Some people work for honor. Military men devoted to battles to safeguard the freedom and dignity of themselves and their nations.

In human history, many people would rather sacrifice their lives than submit to foreign rules. Sports people contest with each other for the honor of championship. To get a gold medal in the Olympic games is a dream cherished by many athletes around world. There still some other people who work to help others.

It is the responsibilities and duties of doctors and nurses to relieve the pains and strains of their patients.
Wherever an accident occurred, we can see the relief team rescue and give assistance to the people in need.

Teachers, who often referred as "the engineers of human souls", work to help students not only in their study but also in their moral progress. No wonder that teachers are highly respected in a civilized society.

Socrates, the ancient Greek scholar, once said to his disciples, "I eat to work while others work to eat." Most people work to get money for a living, but money is not the sole reason for many to work.
"