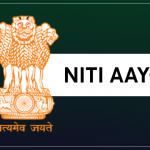 This change was in line with the announcement made by the Prime Minister on Independence Day (15 August 2014). Composition of NITI Aayog

2. Governing Council: It is for all the states.  Consists of Chief Ministers and Lieutenant Governors of Union Territories Policy

3. Regional Councils : These councils are based on need in the context of such specific issues and emergent matters, which affect more than one state or one region.  But and for a specific tenure, it is constituted. It includes the Chief Ministers of the states of the respective region and the Governors of the Union Territories.

5. Full-time Organizational Structure In addition to the Prime Minister as the Chairman, the full-time organizational structure of NITI Aayog consists of the following members-

(a) Vice-Chairperson: Appointed by the Prime Minister.

(b) Full-time Members: Appointed by the Prime Minister.

(c) Part-time Members Not more than 2 nominated ex-officio members from leading universities, research institutes and other relevant institutions and not more than 4 members of the Union Council of Ministers.

(d) Ex-officio Members : Maximum 4 members of the Union Council of Ministers nominated by the Prime Minister.

(f) Secretariat: As per the need.  7 Pillars for People Based on activism, participation, empowerment, universal inclusion, equality, transparency.