The Harappans kept bulls, cows, buffaloes, goats, sheep and pigs.  He especially loved the humpbacked bull, apart from this, he also kept donkeys and camels.  Dogs were domesticated animals from the very beginning.  Cats were also raised.  The footprints of both the dog and the cat have been found. 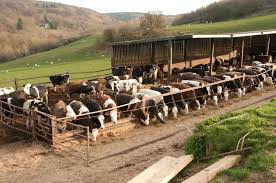 The Indus people were familiar with elephants and horses, but they could not be successful in domesticating them, because the evidence of raising elephants and horses could not be proved.  The existence of the horse has been indicated from the upper surface of Mohenjodaro and a suspected terracotta found at Lothal.
The evidence of rhinoceros (the only evidence of Indian rhinoceros) in the Harappan period has been found from Amri.  There was also knowledge of wild animals like monkey, bear, pus etc.  This is confirmed by their pictures inscribed on seals, copper saucers etc.  No evidence of lion has been found.
The remains of a horse have been confirmed in Surkotada, located in the west of Gujarat.  The Harappans had knowledge of elephants and were also familiar with the rhinoceros.

The Harappans were well acquainted with the manufacture and use of bronze.  Generally, bronze was made by metal craftsmen by mixing tin with copper.  Copper was procured from the copper mines of Khetri in Rajasthan.  Tin was imported from Afghanistan.
The bronze tools and weapons found at Harappan sites have very little tin content.  The community of Kaseras (bronze artisans) had an important place among the artisans of the Harappan society.  A piece of woven cotton cloth was found from Mohenjodaro and the impression of cloth has been seen on many items spinning.
For this, pillows were used.  The massive brick buildings suggest that the architecture (masonry) was an important craft.  The Harappans also used to make boats.  Making clay seals and making clay pots were also important crafts.  Goldsmiths used to make ornaments of silver, gold and gems.
Gold, silver probably came from Afghanistan and gems came from South India.  The potter's wheel was more prevalent and the pottery of the Harappan people had its own prominent characteristics.  They made the pottery smooth and shiny.