The literal meaning of economics is the science of money, under economics, the overall study and analysis of money and all its related aspects is done. 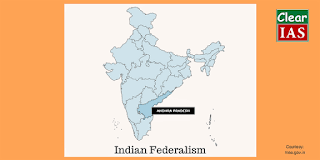 ☆India and the Asian development Bank ☆

Finance In modern economics, along with the study of the above traditional areas, many new concepts are also studied such as revenue, public welfare (revenue).  Public Welfare), International Trade, Foreign Exchange, Banking etc.  Opinions of scholars regarding the definition of economics

• Alfred Marshall Economics The study of human behavior Adam Smith Economics is the science of wealth.

Adam Smith - 1723 - 1790 is called the Father of Economics.  His book (An Inquiry into the Nature and Causes of the Wealth of Nations) (1776) is considered to be the origin of classical economy.

In layman's language all human activities related to money meaning are the subject matter of study of economics.  These human activities can be accomplished by a single person or a group of individuals.  For example, buying a commodity by a person is an individual level economic activity.  Similarly, the activity done by a family, government or private company, will be called collective economic activity.

For the fulfillment of their desires, people are engaged in various activities, which can be classified into two forms.

1. Economic Activities: All the activities related to money and property by human beings are called economic activities.  These are measured through monetary value.  Therefore, these activities add value to the national income.  Example: Doing a business, doing a job, etc.

2. Non-Economic Activities: All the work done by human beings for the purpose of fulfilling social, religious or emotional needs comes under the category of non-economic activities.  Through these actions, a person gets self-satisfaction and not money or property, for example: helping the needy, donating blood, etc.

• It is such an economic activity, in which the utility of the commodity or the importance of the commodity is increased.  Labor, capital and technology etc. have great importance in production.  Therefore, this subject is also included in the study area of ​​economics.

• In the definition, we can say that, under production, any goods or services are manufactured or used according to the need, due to which there is a change in its composition.  Production is the conversion of input into output.

• Consumption is an economic activity that fulfills the objectives of production.  Essential commodities are obtained by consumers by paying a price to the producers.

• Investment is the economic activity by which production is expanded, so that more profit can be obtained.

• The general meaning of exchange is the exchange of goods, but in modern economics, exchange is the economic activity that is related to the purchase and sale of goods.  This action is done by money or value.  Therefore it is also called production value, which means to determine the value of the product on the basis of different market conditions.  Such as perfect competition, imperfect competition, monopoly etc.

Exchange can be divided into two parts -

• Goods or services manufactured by a company, institution or country to citizens and consumers.  The delivery system is the distribution system.

• Distribution is the study, by which we know how the country's national income or gross domestic product (GDP) is distributed in the form of wages, wages and profits.

• Distribution is an economic activity that is concerned with the prices of the factors of production;  Such as land, labour, capital and undertakings etc.  This is also called means evaluation;  For example, the value of land i.e. rent, value of labor i.e. wages, value of capital i.e. interest and value of entrepreneur or enterprise i.e. profit.

There are two branches of economics-

• Clearly the purpose of microeconomics is to maintain the system of demand and supply in the market and to identify consumption and other elements of demand.

• The word macro is derived from the Greek word makros which means large or large, thus macroeconomics is concerned with the overall performance capacity of the economy.  It deals with the study of the problems of the economy like inflation, unemployment, poverty etc.

• Macroeconomics is the branch of economics under which the whole economy is studied as a whole.

Generally for accounting the economic activities of the entire economy, it is divided into three sectors -

• The sector of the economy that converts the products of the primary sector into its own  Uses raw material in activities (in the form of raw material, called secondary sector. It is also called industrial sector.

• It mainly accounts for the gross production of manufactured goods of the economy. Sectors involved in this are -

(i)  ) Construction: Where a permanent asset is to be constructed, such as - Building.

(ii) Manufacturing: Where a commodity is produced, such as cloth, bread, etc.

• Various types of services are provided in this, hence this sector is also called service sector.

• This sector provides its useful services to the primary and secondary sector of the economy.

• Various types of services are produced in this area.

6.  Community Services Other Sectors of Economy

• The qualitative change that takes place in an economy is called economic development, in which social values ​​are inherent.

• Various experts have expressed their views in the context of economic development, but in this context G.  M .  Meier's definition has been widely accepted.

• According to this definition, economic development is the process that results in a long-term increase in the real per capita income of a country, but it should not increase the inequalities of the distribution of income and people living below the poverty line.

Economic development is related to increase in human capital, reduction of inequality and structural changes, which improve the quality of life of human beings.

• It has been the main goal of every developing country that how to increase real per capita income to meet the daily needs.  An increase in per capita real income is the true measure of economic development.

• Real economic development refers to the need to address regional social and economic disparities as well as increase poverty and empowerment of marginalized people (particularly women), so that the process of holistic development is more inclusive.  Can become

• Growth is related to the increase in the capacity of production of goods and services in the country.

• Economic growth is related to the progressive increase in any component of GDP, such as consumption, government expenditure, investment, net exports.

• Economic growth refers to the real increase in the production of goods and services in the country, it is related to the increase in Gross Domestic Product (GDP), National Income and Per Capita Income.

Economic growth is the name of the end result in economic development, which refers to the increase in aggregate output per capita and physical capital per capita.

• The United Nations Development Program (UNDP) is the global development network of the United Nations, which provides a bridge of knowledge, experience and resources to various countries with an emphasis on positive changes, so that life can be improved.  To help people do better.

• UNDP was established in 1965.  Presently Helen Clark is the President of this organization.  Clarke is the first woman to hold this position.  The Human Development Report is issued by UNDP every year since 1990.  Over the years its standard has been expanded as well as further refined.

• Pakistani economist Mehboob-ul-Haq and Indian economist Amartya Sen played an important role in the development of the concept of Human Development Index.

The Human Development Index (HDI) was presented by the United Nations Development Program in the year 1990.

• The following three dimensions and indicators are used in the calculation of Human Development Index.

• UNDP  Ranks economies based on their performance on a scale of one (ie 0.000-1.000) based on the three parameters mentioned above.  Under this, the human development happening in all the countries of the world is classified into four categories on the basis of the specified parameters

1. Countries with very high human development: 0.800 and above

• Green economy counts those products whose production process does not cause environmental damage.

• Green G . N.  P .  (Green GNP) is the amount of per capita production that is obtained by keeping the country's natural wealth constant in a given time period.  It was started by the World Bank in the year 1995.