Home Economics How to reduce unemployment and poverty?

How to reduce unemployment and poverty?

How to reduce unemployment and poverty?

Poverty is a condition of economic and social deprivation in which a person is not able to fulfill his basic needs (food, clothing and housing).  According to Professor Amartya Sen, poverty is the lack of capabilities.  Amartya Sen has given the concept of Real Poverty.  They believe that monetary income has an important role in removing poverty, but it is only a tool, which depends on certain conditions and circumstances. 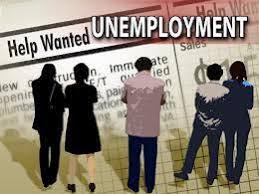 As the individual is rational, the society is progressive, there are no natural calamities etc.  According to the United Nations Development Program (UNDP), poverty is multidimensional.  In this context, a Multidimensional Poverty Index (MPI) has been released by it.  in this index.  Ten standards related to education, health and standard of living have been used.

According to the International Labor Organization (ILO), poverty is the inability to meet basic needs.  Due to non-fulfillment of the minimum needs of human beings, man has to suffer and suffer.  Loss of health and efficiency.  Illness and disability render him helpless in every sphere of life.  They are born in poverty from generation to generation, live in poverty and die in poverty.  Poverty takes birth on its own and goes on increasing manifold by itself.  ,  If a large section of the society is suffering from deprivation / poverty and is not able to get the minimum necessities of living .

So in such a situation economic growth becomes meaningless.  Economic growth only translates into development;  When the eradication of poverty begins, that is, people do not have to face hunger, deprivation or deprivation.  All people must at least get necessities like food, clothing, housing, education and health.

According to NITI Aayog, poverty is the absence of meeting the minimum requirements for survival, health and efficiency.

2. To be Healthy ( For Health ) Energy • Proteins, Vitamins etc.

3. For Efficiency ( For  Strength ) Health , Banking , Ability , Law and Order

There are two types of poverty

Absolute Poverty which individual or community poverty is considered to be absolute poor. These are estimated by the amount of minimum calories consumed per person or the minimum consumption level. In the situation of absolute poverty, the basic needs of human beings like food, food, etc.  There is lack of safe drinking water, sanitation facilities, health and education etc. Absolute poverty is known in India. The concept of poverty line is used to estimate.

Theory of the Vicious Circle of Poverty Prof.  Ragnar Nurks (Prof. Ragnor Nurkse).  According to this theory, the cause of poverty is poverty itself.  A person is poor because he is poor.  That is, the cause of poverty of a country is its poverty.  Like the farmers of India are poor because they are poor.  Due to their poor, they are not able to get the facilities of irrigation, seeds, fertilizers, pesticides etc. on time, due to which the production is less.  And their poverty increases.  This process continues continuously.  Thus we can say that;  Poverty is such a vicious cycle of economic activities, the components of which interact with each other in such a way that a poor person remains poor forever.

This cycle cannot be broken unless there is additional investment.  Therefore, the Government of India is investing exclusively in rural areas.

Estimation of Poverty in India

According to the leak theory and poverty, a good growth rate of GDP in the country will automatically remove poverty.  Here poverty is not seen as an independent problem.  Poverty is seen as a by-product of low growth rates.

At present, leakage theory is not being effective in India due to the following reasons:

1. At the time of liberalization, investment in agriculture by both the government and the private sector is low.  This has resulted in a decline in agricultural productivity.

2. Attention should be paid to cottage and village industries.

3. Not giving adequate protection to micro, small and medium industries.  These industries have faced competition at two levels.  For example, competition from domestic big industries and cheap foreign goods.

4. Liberalization not only made capital cheap but also increased the availability of capital through financial market reforms and financial liberalization.