The income earned by the private sector or non-government organizations (Non-Government Organizations) of a country from all sources during an accounting year is called private income. 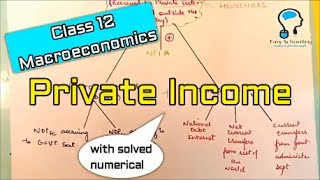